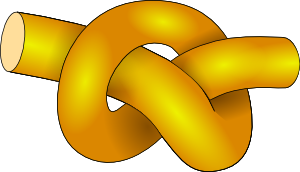 Double Binds are conflicting messages that create “can’t win” situations that are also “Not a topic of discussion”. Someone caught in a double bind wants to say, “No matter what, I just can’t win.” or “There’s just no pleasing you, is there?”

We learn to behave in ways that make sense within given contexts. Since many behavioral contexts involve interaction with others, the interactions can have a powerful effect on behavior. The following types of double binds create internal conflicts. Left unresolved, these conflicts can lead to protest and confusion, followed by hopelessness and finally, detachment and resentment.

“According to some experts, like Gregory Bateson who first described double binds in 1972, manifestations of either schizophrenia or borderline personality disorder may occur in extreme cases.”

Reinforced by patterns that disqualify one person’s experience.

Making something that was said “unimportant”, can be done the following ways.

This compounds the task of dealing with the situation.

One option is to complete the pattern, go directly to detachment and do your own thing, trust in your own ability to make choices that best serve your needs (the 3rd choice).

If detachment is not an option, then break the pattern by commenting on, and/or questioning, the nature of the communication. Sleight of Mouth patterns are useful for this.